Some of the diseases shown by the historical wax moulages made for medical teaching have become very rare in Europe today. In the case of smallpox, the disease has even been considered globally eradicated since 1979.

The collection of the Museum of Wax Moulages contains several lifelike replicas of smallpox including - particularly impressive - the face of Frieda W., documented with moulage no. 297. During the last smallpox epidemic in Zurich in 1921, she fell ill with this dangerous disease, which heals with scars and can be fatal in up to 20% of cases.

With the help of the cowpox vaccination, shown to be effective by Edward Jenner around 1798, and an intensive "Smallpox Eradication Programme", the WHO was able to announce on 8 May 1980 that smallpox had been globally eradicated.

Fortunately, today the only place, where it is possible to look at the disease as if it was real is in the Museum of Wax Moulages. 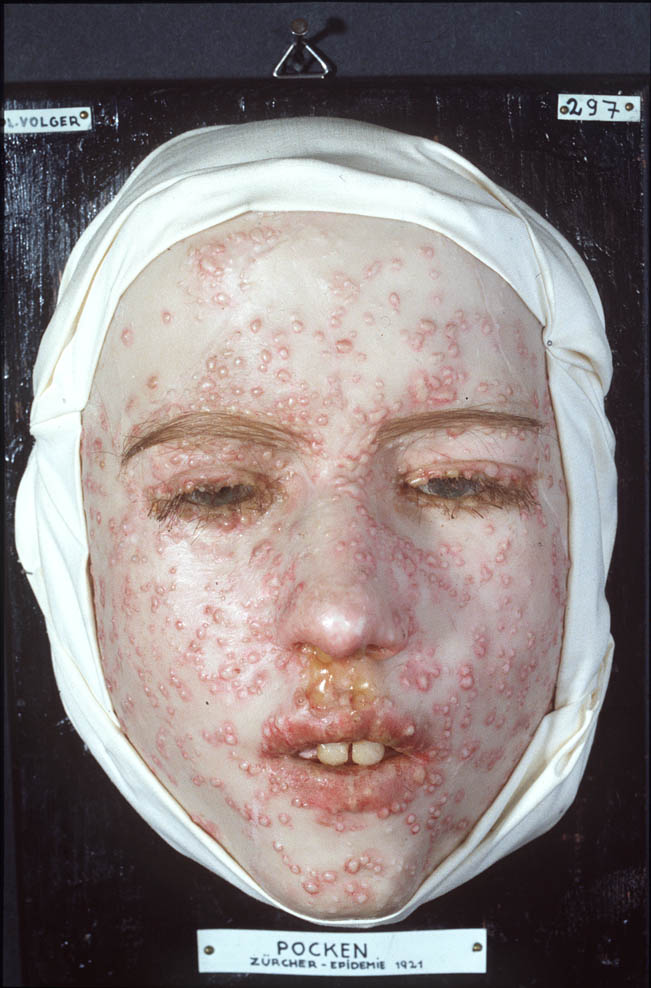 Wax moulage of the face of Frieda W., who had been infected with smallpox (Variola) during the last epidemic in Zurich in 1921. Produced by Lotte Volger, Dermatological Clinic, Cantonal Hospital of Zurich.

Article on the history of smallpox from the magazine CHAZkompakt (German)