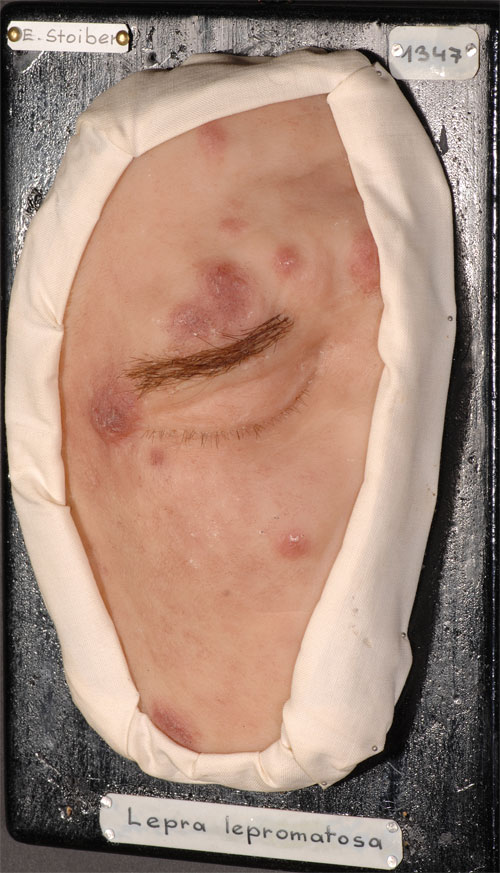 On the occasion of the Long Night of the Museums 2018, the Moulagenmuseum focused on the so-called exotic in a small special exhibition.

The exotic, strange and unusual skin changes included not only the Mongolian spot or elephantiasis, but also diseases such as leprosy, which once occurred in Switzerland and is now considered exotic.
While smallpox, plague, tuberculosis and diphtheria have largely or completely disappeared, measles has not yet been eradicated. Scurvy, pellagra or goitre have also become exotic for us, as has foot-and-mouth disease or anthrax transmitted by animals. Therapies from earlier times with arsenic and mercury also seem exotic.
On the other hand, we are increasingly familiar with foreign changes that can be brought home as souvenirs from a beach holiday in the globalised world, such as the worm larva under the image of Larva migrans or the leishmaniasis transmitted by sand flies.